Jairo, the tarefero who sings to life

Ever since he was a “gurí” (little child), Jairo Camacho had it clear that playing the guitar and singing were his passion. You can listen to him in the video at the end of the post.

Since he was a kid (“gurí” in Guaraní language) Jairo Camacho had it clear that singing and playing the guitar were his passion. He even appeared on radio programs in his hometown of San José, but the economic crisis forced him to devote more time to agricultural work than to the artistic side.

However, he never gave up singing as singing is a way out to help overcome difficult moments. At 37, and unintentionally, he became famous after his friends spread a video with his songs on social networks.

This yerba mate worker received us in his wooden house, surrounded by a little forest and two crystal clear water streams in a suburban neighbourhood from San José. He was full of enthusiasm and welcomed us with a smile. He started the interview by saying: “ I thank life and God that we had a good education in our family; my parents taught me to be respectful above all, also to be simple and extrovert”

The will to excel, the guitar and singing were always present in his home ever since he was a child: “My father never had a bad day, he was always cheerful, he played the guitar and sang. He was a radio technician, at that time the battery-operated radio was used a lot. His income was not high but there was enough money to feed the family. My mother was a maid, she fought all her life, very hard, I owe her everything," he says...". He adds: "I went to elementary school and when I was attending high school, the economic crisis was hard and I started working in a slaughterhouse, where they gave me money and also some meat to help at home. Then, I started working with my brother as a labourer and that's where I learned the deeds of the job, I liked it because he always gave me part of his earnings and I liked it more and more because I could buy things, have my own stuff... the nicest thing for a young person is to be able to buy his own sneakers, his own clothes; the best thing is to be able to go out with my head held high, to be able, despite all the poverty, to say: 'I earned this by working'", Jairo emphasises.

Besides his father, his love for playing the guitar also came from his uncle José Camacho, from José Alderet, who, despite having a disability in one hand, played folklore music beautifully and taught many kids. Finally, from a neighbour, José Martínez, who would say: “We are going to play the guitar, you are going to sing.” “As I grew up, he started taking me to different radios”. Jairo remembers.

So, music and mates were your greatest partners, ever since.

“When I started working harder, I had to leave music aside but I continued singing for my partners, to have fun. At dawn, for instance, when it was resting time in the yerbal and we met to talk and eat “caraya” or during harvest it was time for singing. Singing is a therapy for me as it takes away physical pain or sadness because I miss my family” Jairo states. Jairo sings different music styles. “ I like all of them: chamamé, folklore, cachaca and christian music. Also romantic one that is the one that touches the heart.”

Jairo devotes himself mainly to yerba mate harvest and during the inter zafra time, he works as a bricklayer or in the pine resin extraction. He is married to Patricia Ramirez and they have four children: Sandra(25), Jonathan (19), Emanuel (15) and Mariana (11). Also two granddaughters, Sofía Ayelen Galarza and Génesis Evelyn Galarza.

He lived in other parts of the country but he would never change the red soil from Misiones to any other in Argentina. “ I travelled to Río Negro for apple and pear harvest; to Entre Ríos for oranges and blueberries picking; I was in Buenos Aires in a chicken slaughterhouse and as a pure horse keeper, I was also in Corrientes, always working, harvesting and singing, but I am not far from Misiones, there is no landscape and tranquility like here, it is asking too much of God if one wants more out of life", he summarizes.

Talking about the dream he would like to come true, he says: "My biggest dream is that we can all be happy, that would be great... I would like to tell people that sometimes it is difficult, but it can be done; there are times when the harvester, the settler, the producer, feel very oppressed but we must keep in mind that there is always a light of hope. I think that what you are presented with in life is what you want to see: sometimes we can see a wall and say 'I am not going to be able to cross', but we can find a way to go through that wall or make it disappear". 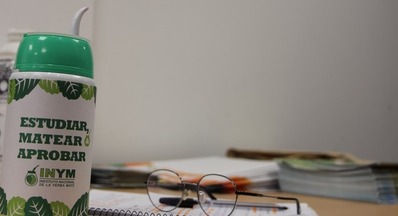