The study named "Effect of mate consumption on lipid profile" was carried out by an outstanding team of researchers from the Universidad Juan Agustín Maza (UMaza) from Mendoza, Argentina.

As regards HDL, “the average variation was 3,1%, considered insignificant as compared with total and LDL cholesterol improvement.

How was the study carried out?

In the final report, the scientists describe the study method stating that, "after six weeks of mate abstinence, their fasting lipid profile was analyzed: total cholesterol (TC), LDL cholesterol (CLDL), HDL cholesterol (CHDL) and triglycerides (TG), glycemia, insulin and uric acid were also measured. In addition, their body composition was evaluated by anthropometry (weight, height, circumferences, skin folds and derived measurements), and an interview was conducted to determine their usual medication, exercise, sleep and work habits, plus an analysis of their usual diet using a frequency of consumption questionnaire to establish their energy, nutrient and food group consumption".

“It was proved how, after twelve (12) weeks intervention, the volunteers’ lipid profiles improved and there was an important reduction in total cholesterol, LDL cholesterol and triglycerides levels” the study remarks.

The scientists added that: “These results allow us to recommend mate consumption as an alternative measure in dyslipidemias and associated pathologies prevention and treatment”.

● Regular consumption of mate produces a time-dependent decrease in total cholesterol, its fractions and triglycerides, especially in dyslipidemic individuals.

● The stated effects are produced with a 50gr or 100gr Yerba Mate daily intake.

● Fasting blood sugar and insulin are not altered by the intervention.

Mate is not itself an infection source. You cannot get ill if you drink mate. It is our responsibility to stay healthy. 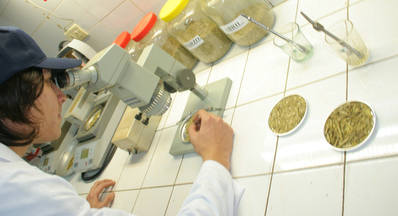 Mate and gastritis. The end of a myth?